Many international companies based in Germany have made English their official language of communication.  This has of course made it possible for non-German speakers to gain employment with such companies and to get started right away.  Theoretically, if they speak good English they will be able to function as normal in their new working environment. However, it is obviously very beneficial for these staff members to at least gain a basic level of German and for those who can already communicate in the language  to build on this foundation.  And it is not only about the language but also about giving the expatriate staff the opportunity to gain insights into German culture and mentality. This is not only beneficial for the new team members themselves but works to the benefit of the whole team.

The approach to setting up extensive in-house group courses is much the same for German as it is for English.  The participants are first tested and then put into groups according to their level.  To define the ability, we use the same reference framework from the Council of Europe as is used for English. Other than that, the concept is pretty similar to the one which is described for face-to-face German courses.

Often the participants in such German courses come from all over the world and wish to start working on their German before they actually take up their new position in the company.  Sometimes they are already living in Germany but may still be working from home or are based in different cities or areas.

This is where the virtual classroom comes into its own, providing your company with an excellent chance to reach out to the expatriate staff and to help them improve their German, no matter where they may be. 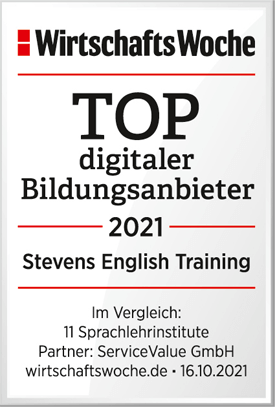